A downloadable game for Windows, macOS, and Android You found a phone belonging to a missing person. What would you do?

Sara has disappeared under mysterious circumstances, and your only lead is her mobile phone.

Search for clues by investigating Sara's personal messages, notes, emails, pictures and videos while trying to piece together her final days. Unlock password protected files, uncover hidden messages and decrypt lost data and figure out where she went, what she did, and how someone can disappear without a trace so suddenly.

Experience first hand a found footage style mobile game. Sara is Missing (SIM) is all about the horrors of mobile technology and touches upon the voyeuristic pleasure that one gets from prying through another person's personal items. We store so much information about ourselves on our mobile devices that deducing what we really are like in real life becomes as simple as tapping on a screen.

NOTICE: The game may not work on some Galaxy Tab devices. We are aware of this issue and are working on a fix soon.

Mentored by: The Futurist Foundation and GCM Incubator

With special appearance by: Jordan Suleiman (as Buddy) and Alaska the Cat (as herself)

Featured Band: The End is Nigh

Email: "You Cannot Touch Her" Curse/Binding by @PharWestNagle, The Relevance of Ghost In The Shell, Buddy's Text from Creepy Text Theatre with Sasha Grey

"one of the best horror games of the year." - Rocky Bytes

"Sara is Missing is worth playing any way you can." - PC Gamer

"This game is much better than my Replica. Awesome!!!" - @IndieSomi

Why EXACTLY did 12 year old me nut over this game?

About 6 years ago I made an absolutely FOAMING post about how this game was a gripping masterclass in horror in suspense and proverbially coomed over the immense, horrifying plotline, complete with a timelapsed recreation of my exact, panicked, amazed reaction to the game's riveting plot twists.

After replaying it, it's kind of a mediocre plot with ideas that have definitely been done before. It was apparently just too much for my tweezer mind to handle.

Reply
bread that came from hell8 days ago

lmaoooo I love the out of context comment to this

a very spooky and amazing game!

This game was amazing! though i did nearly piss my pants when i played the game but besides that, I love it :)

Why is this game not working with Xbox game bar

I remember playing this game back in 2018 ima be honest there really hasnt been an unique creepy game like this for a quite a long time. I like how they base this off you using someone else cellphone game. Well done.

Cannot WAIT to play Simulacra, Simulacra 2 and Pipe Dreams after this!
Had a blast playing this super unique horror!

Also part 2:
Thanks for making such great games!
Reply
ListlessDandelion1 year ago

Pretty good, don't really see the hype but I think that's more of a matter of personal taste and not feeling sucked into it. Maybe there is something more there that I didn't see? What I can say though is that it is very well made. I can appreciate how much effort was put into it. Wouldn't recommend but wouldn't say it's a bad game in the slightest

These developers made SIMULACRA later. If you didn’t play - i highly recommend it.

Thanks for letting me know! I'll try it out

i loved playing this so much , the story and the visual is amazing. I hope there will be more games like this :) thank u for making this game .

I finished the games!

Reply
gamesushi1 year ago
Love this game! I know I'm very late to the party since I've never played it until now, but wow! Really loved how there were multiple choices to make and the creepyness and suspense really got me!
Reply
tkiller_1011 year ago (1 edit)

i almost threw my computer on the first jumpscare. very good

I remember how i played this game first time in summer of 2017. I remember how i waited first SIMULACRA to be released. But i still memorizing this game, it was first. Best indie horror game.

My browser opens to this website upon exiting the game after every play through.

Has this happened to anyone else?

Not sure why something like that would happen, just curious about what'd happen if you bought the plate, lol.

This game is amazing! Loved it!

ughhhh I love games with that kind of freedom, but i'm so scared to play...

I've downloaded it, wish me luck.

did you have fun

I like this game alot and I got some good scares out of it! But there is something about this game that made me confused. Whenever I finish a play through of this game, it sends me to a Microsoft support scam and I just don't like that. Again, this game is great and all but the fact that I almost get scammed when I finish makes me confused and kind of dissappointed :(

Incredible game with a couple of problems, 1 i experianced a few crashes secondly story wise i had a problem with paganism beind used as a evil creepy trope this game could of been amazing without that.

I downloaded it  on google play and I just tapped on it and I brought me there. You prob have some technical issues

This game actually still holds up to this day. Here is a recent gameplay that I did. If you guys are interested.

I recently found and play this game despite it being so old but wow am I impress. How the heck have I not seen this until now!. Such a unique game and great concept. The gameplay is also so polished. Too bad I made the wrong choice at the end :(.

Ik that redroom video was literally scary images off of google but the way it was layed out, that stuff's terrifying

Played with my friend, It's very cool. But I'm curious about the group with deleted messages, it's there some manner I can  see the messages?

what was that group

this game is very fun to play, but if you look closely in one of those videos the "haunted" ones you can actually see clips from other creepypasta stories and a short clip from the marble hornets series. i feel like it would've been more interesting if they found a way to make they're own haunting clips, and it would've made it just MORE horrifying.

though i still loved playing this game a lot, so keep up with all the good and scary work.

I appreciate all the effort that you all put into making this game, as well as your other games. I hope you all are staying safe, and doing well.

TOO SHORT!!! I want more!! Guess I'll have to buy Simulacra next :3

It was definitely a good game, I just wish there were more to it. My playthrough only lasted about 20mins max before it was over....

Me too haha. dumb kids

This game had me dumbfounded and looking stupid i might even play it again on pc for a better run through but for now thanks for making me think about what i'm doing https://www.youtube.com/playlist?list=PLK9fTdX74mXpFcA2aE9x0OK2bYU_TdG4Z

It's a great game, and terrifying as well.

Hey there!I don't believe I've had the pleasure of playing the game but I have watched videos about it and it seems great! Unfortunately I'm on a crappy computer trying to play this game. However I'm not sure if that has to do with the error I am facing. When I open up the game I am faced with a glitchy red(ish) screen that goes through the messages about using headphones and a phone strap but when I try to get past the lock screen a two distorted messaged appear. The problem is that I can't read the messages as they are both translucent and overlap, making it impossible to read. I've looked through several pages of comments looking for someone else seeing this but I'm not sure anyone else has experienced this??

Its part of the game. or are you being sarcastic

I'm not being sarcastic. If it's part of the game, mind telling me how to get past the beginning? 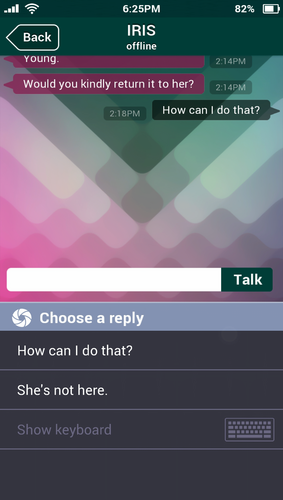 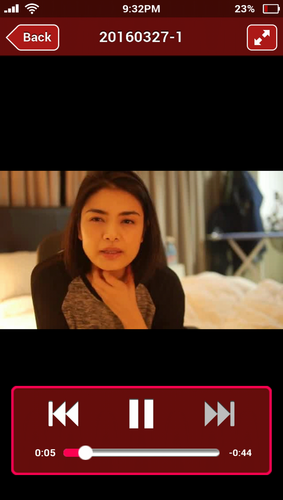 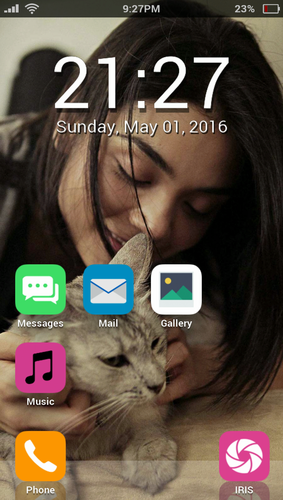 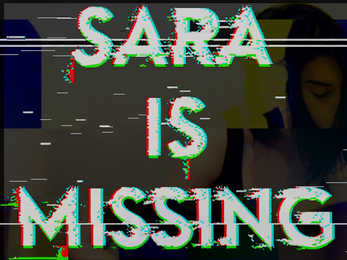 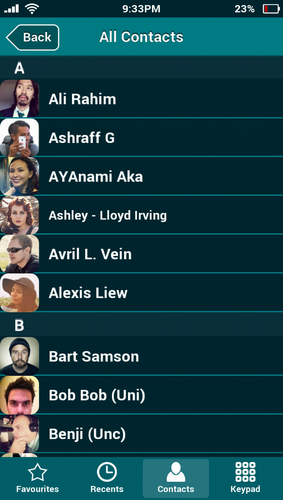 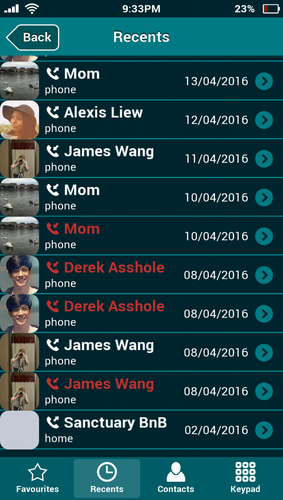 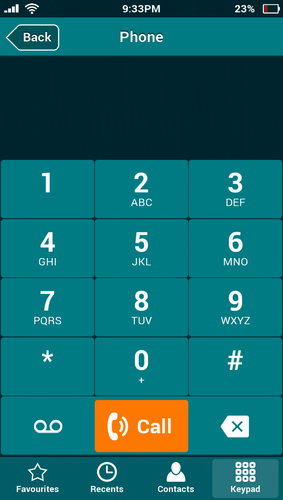